The Protect Reproductive Options Act, an extreme pro-abortion bill that will also have a broad range of consequences including preventing parents in some cases from being involved in the healthcare of their minor children, was narrowly passed Thursday night by the House, and is now expected to be voted on by the Minnesota State Senate early this week. If passed, Governor Walz has promised to sign it into law.

The Minnesota Catholic Conference is asking every Catholic across the state to urge their Senator to vote no on this bill. There is only a one-vote majority in the Senate, so your message can truly sway the outcome. As soon as Mass ends, please go to MNCATHOLIC.ORG to send an email, a video, or call your State Senator. Grant Hauschild 651-296-1789 and Jennifer McEwen at 651-296-4188.

Here is a friendly reminder in case you have not already signed up.  The latest Theology Uncapped (my debate/discussion with Lutheran Pastor Bockbrader) will be next Thursday January 26th at St. Benedict's Church in Kenwood.  The doors will open at 5pm with the meal served (from Famous Dave's) at 6pm and the discussion happening at 6:30.  The topic for this session is entitled "Respect for Life" which promises to be as lively as ever.  Amazingly not all Christian denominations are consistently pro-life which to me seems a bit absurd so this will be a good session to watch.

No topic is more controversial or as taboo than abortion, so come and hear good arguments articulated to defend the Catholic Church's consistent teaching on the matter.  As always these evenings do sell out, and as of my writing this, there are still a bit over 50 tickets available.  the more my parishioners come to these events the better, so please reserving your tickets if you have not already done so. 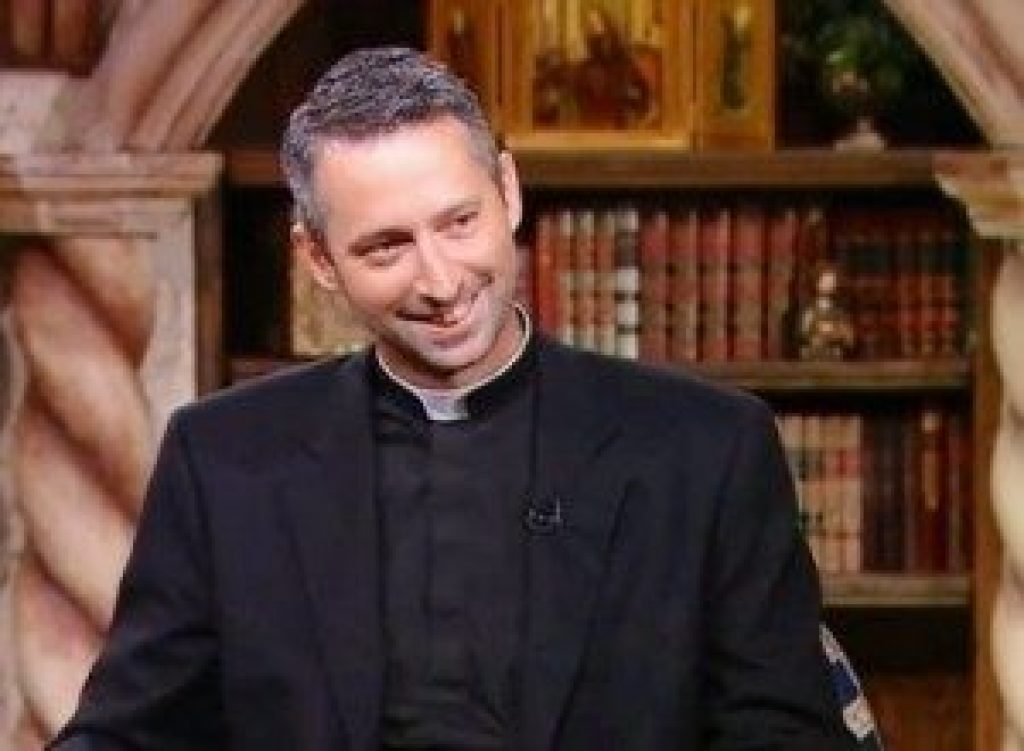 Online Giving through Our Sunday Visitor! You can start, stop or change your contributions at anytime. Click Here to begin today!

Just a word about  the vestment the bishop will be wearing at Mass this morning; it may look familiar because it is the same vestment St. John Paul II is portrayed as wearing in our stained glass window.  Our former bishop, Bp. Schnurr was the executive director of World Youth Day Denver in 1993, when Pope John Paul II said the closing Mass for that event he wore this very vestment.  At the end of the program the Pope gave the vestment to Schnurr as a token of appreciation for the success of the program.  Fast forward many years later, when Schnurr became our bishop he showed me the vestment which I immediately salivated over!  The bishop had appointed me to be his point person for Vocations for the diocese and he told me that as soon as we get 25 seminarians studying for our diocese he would give me the pope's vestment!  We got there!  And when we did we had the highest number of seminarians in the country per capita of any diocese in the country, and the bishop gave me the pope's vestment which now is a major second class relic of my favorite saint and favorite pope.  The last time it was worn was ten years ago after JPII was beatified, and at that time I decided never to wear it again, but it seems most appropriate to have it worn today by our new bishop at the blessing of the sanctuary that portrays the great saint wearing this very vestment.  St. John Paul the Great, pray for us!

Diocese News from The Northern Cross

Urge your Senator to resist the throwaway culture and vote NO on the protect reproductive options act (S.F. 1 McEwen). It has already passed the MN House, and is heading to the Senate soon!

This bill goes farther than just "codifying Roe," and instead works to enshrine into law an abortion regime that disregards prenatal human life, even the life of a pre-born child whose heart is beating, who can feel pain, and who is viable outside the womb. 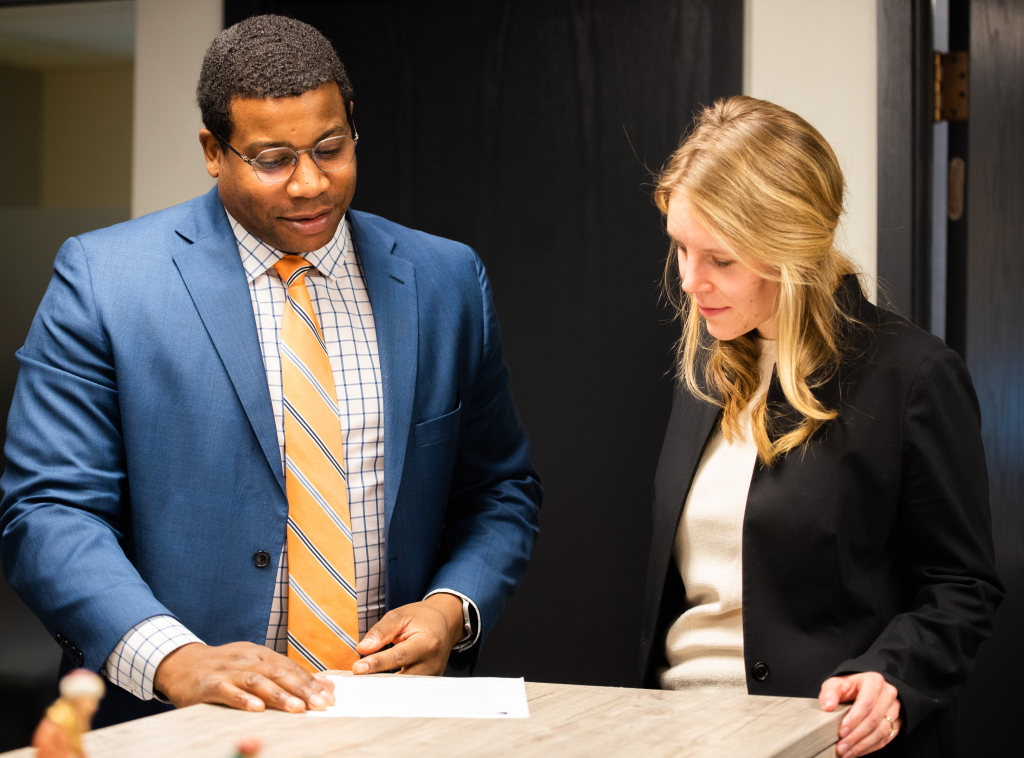 Opportunities for a positive vision of the good

The 2023 legislative session will be filled with challenges and opportunities. Governor Walz and DFL legislative majority leaders promised to use their historic “trifecta” to, at the outset, make our state’s abortion regime even more permissive and legalize recreational marijuana. These policy challenges present a tremendous opportunity for Minnesota Catholics to, as Pope Francis has said, “meddle in politics” by proposing a positive vision: the ability to choose what we ought, not the license to choose what we want.

The service that displays the bulletin is currently down.

Have questions? Get Catholic Answers:

Want to grow in your Faith? Explore Word on Fire:

Videos, Podcasts & Articles with Ascension Press including Bible in a Year with Fr. Mike Schmitz:

The Catholic Faith. On Demand. Resources for adults, children & families! Sign up as a Parishioner - search for St. James Parish, Duluth (55807):

Conrad Schmitt is the company working on the Sanctuary Restoration.

Check out their website to see some of their previous work.

Corbert Gauthier is the artist working on the angels for the Sanctuary Restoration.

Check out his website to see some of his amazing work.

We are excited to announce that the St. James parking lot is completed and open to park in! This is such a great improvement to our church and school!